Home > About us  > The INS Trustees > Anja van Rijs

Anja van Rijs (1959) lived in Indonesia from 2010-2014 and became fascinated by the country and its inhabitants. In search of the essence of Indonesia, she interviewed a group of people that were born in the Dutch-Indies era and lived through the transformation from that era into the modern state that Indonesia is today.

Based on these interviews Anja wrote the book ‘Nog juist gesproken’, in which she provides an Indonesian perspective on the creation and development of a new nation. The stories are personal. History is not per definition what has happened, it also is what people remember. The long lives of these elderly people span turbulent times: they saw the colonial era end; the Japanese conquer and defeat and a new state being born and developed. The interviewees lived through various political systems, between hope and dictatorship, in times of economic boom and times of downswing. They saw presidents come and go, some of them chosen, some not. In these turbulent times they found their own way. This oral history is supplemented with a concise summary of the contemporary history of Indonesia.

‘I find it important to tell the struggle for independence of Indonesia and the development from a newly born state into a stable democracy, from an Indonesian point of view. The Dutch perspective is rather well documented and discussed, but the Indonesian voice is seldom heard. Only a few of this generation are left to pass on their experiences and I count myself blessed to be able to commit their stories to paper before they fade away in time.

Although important, the past is behind us and I strongly believe that each and every generation has to bridge cultures, especially in a globalizing world. This requires an open mind and objective approach.

Indonesia and the Netherlands, two countries in two continents. But countries that could live in friendship provided that we could respect each other. Respect begins after understanding, understanding begins with knowledge and knowledge begins with dialogue. That is why it is crucial to always build bridges, to explain why we do things the way we do, say things the way we say them.

By the shared history the Indonesians and Dutch may know each other from the past, but it is time to adjust what we think we know to present times’. 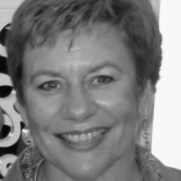