A meeting of minds at Stoephout

Home > Archive  > A meeting of minds at Stoephout 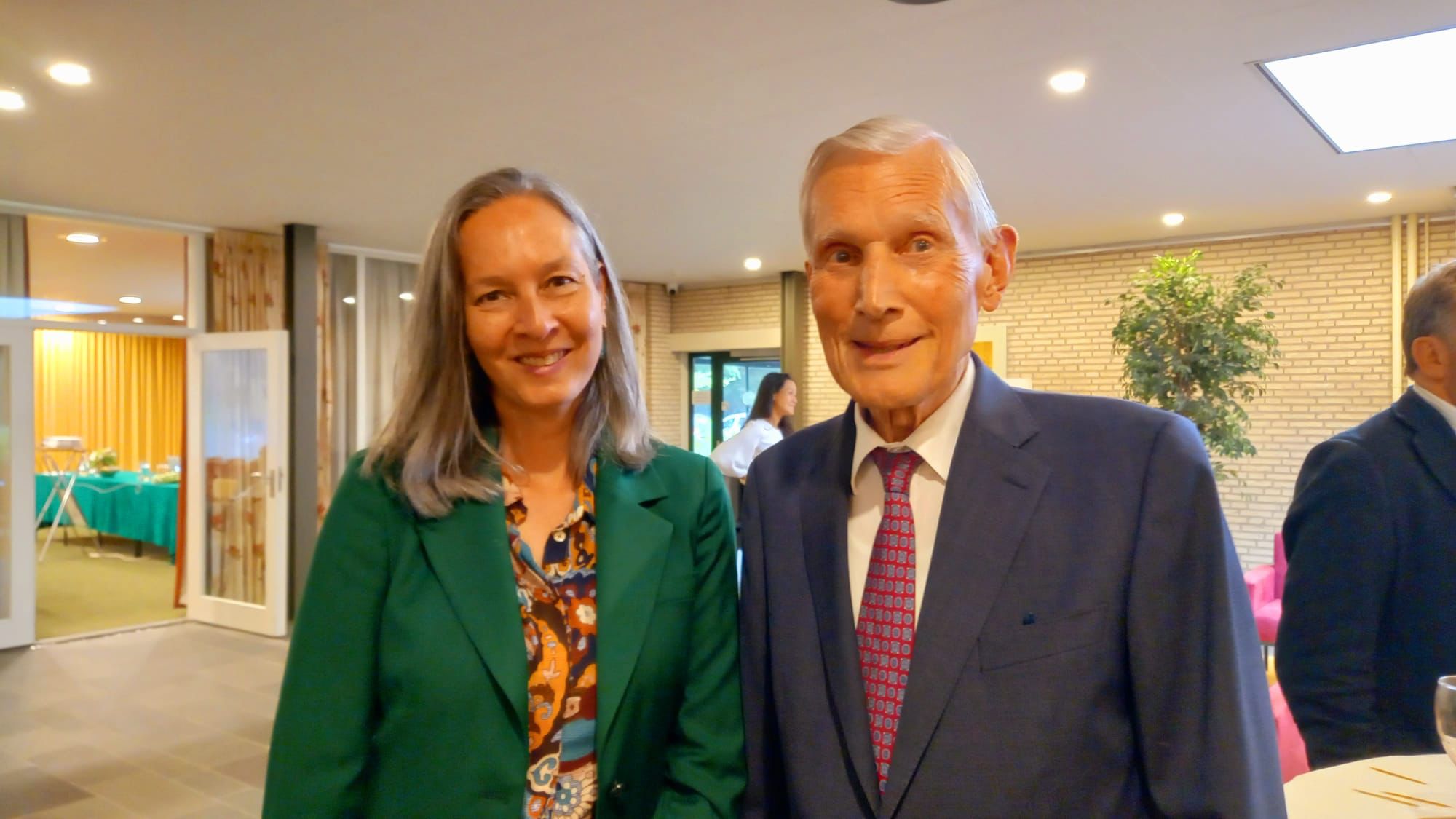 In the history of the Netherlands and Indonesia there are several examples of ‘a meeting of minds‘ between Indonesian and Dutch diplomats, resulting in positive and innovative contributions to both countries. On 11 May 2022, the Indonesia Nederland Society (INS) organized a meeting on this theme in the Stoephout apartment complex in Wassenaar.

Ed Kronenburg, chairman of INS, opened the meeting with a special welcome to the ambassador of Indonesia H.E. Mr. Mayerfas and his staff, and to Mrs. Joty ter Kulve- van Os and other residents of Stoephout. Referring to the historical exhibition ‘Revolution’, in the Rijksmuseum in Amsterdam, Ed Kronenburg introduced the theme ‘A meeting of minds’ with the example of Herman van Roijen and Mohammad Roem. The two diplomats who in 1949 decisively influenced the future relations between the Netherlands and Indonesia. With different backgrounds and minds, Roem and Van Roijen found common ground and common values. By their meeting of minds they successfully prepared a diplomatic base for the Hague Round Table Conference that concluded with the handing over of the national sovereignty to Indonesia on 27 December 1949. Like Van Roijen and Roem there are more examples of a meeting of minds.

Indonesian Ambassador Mayerfas, responded by introducing a man and a woman who by a meeting of minds became leaders for their people: the Indonesian educators and revolutionary leaders Sutan Sjahrir and Kartini.  Both of them obtained a Dutch education in their childhood years and as students, and interacted with educated Indonesian and Dutch people, with whom they loved to read, correspond and discuss. Both Kartini and Sutan Sharir had Dutch friends and appreciated Western education as next to their own culture. As revolutionary leaders, they had an influential role in the awakening of universal values and nationalism in Indonesia. Until today Sutan Sjahrir and Kartini are role models for many Indonesian men and women.

The next speaker was Suzanne Liem. As photographer/writer she is working on a photo project on the family stories of (grand) children of parents who played an important role during the decolonization war in Indonesia, among whom the (grand) children of Sukarno and Hatta, but also of Spoor, Van Mook and many others. Interviewees are also Jan Herman van Roijen, son of Herman van Roijen, and Joty ter Kulve. Suzanne Liem showed photos and explained how the younger generations in these families experience the intertwining of world history and family history in their lives. Looking back at history and hearing stories from their perspectives, she found several examples of a meeting of minds. A number of interviews have already been published in newspaper Trouw. Suzanne Liem’s book will be published in spring 2023 by Walburg Press Amsterdam under the title ‘Echo van de strijd om Indonesië / familieverhalen in beeld’. 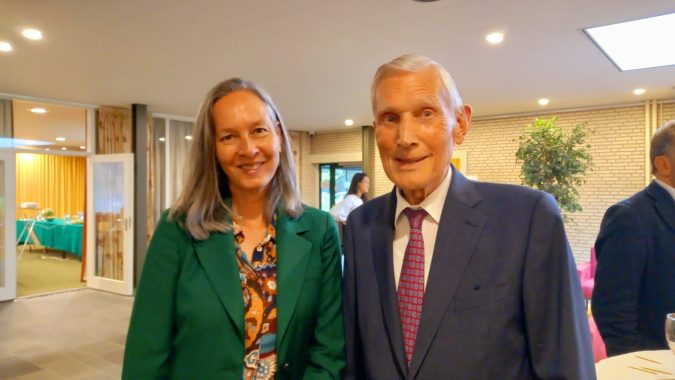 Former Minister of Foreign Affairs, Bernard Bot, the period 1945-1950 impacted his personal and political life as well. He told the audience that he, himself born in Indonesia and raised in Batavia, in a certain way was there on 17 August 1945 when Sukarno pronounced the proclamation of Indonesian independence. Sixty years later, in 2005, it was the first time, that he in Jakarta as the Dutch Minister of Foreign Affairs on behalf of the Dutch government declared that the Netherlands had been ‘on the wrong side of history’ in the period 1945-1950. This finally led in 2020 to apologies by King Willem Alexander during a state visit for the excessive Dutch violence and Indonesian victims during this period. To Bernard Bot this means that ‘we now can turn the page.’ He concludes by saying: ‘We have to maintain a warm forward looking relationship with Indonesia, but it is also important not to forget what it took to reach this stage.’